Quick update to show some photos of molds and the laminating process. Progress is much slower than planned and we experienced some setbacks – technical and scheduling – but things are moving and slowly improving. 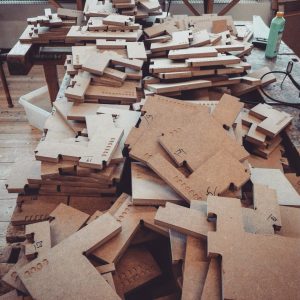 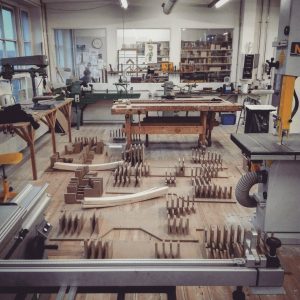 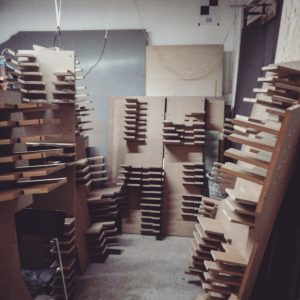 What is notable is the magnitude of forces present in the cold-forming process: it’s really where the active bending component comes into play. Some of the first molds pretty much folded when everything was clamped down. Straight glulam, curved mold – not ideal. One of the first changes, then, was to weld up a steel frame or ‘raft’ to which the molds are bolted to. This provides a much better base and resistance to the bending forces, though there is still a problem of where to clamp to, especially on the particularly 3-dimensional pieces. The solution to that was to make some pretty sturdy side plates and angles that could be reconfigured and bolted down to the raft, which means that nothing is clamping against the molds directly, but rather they serve more as a compressive surface and jig to guide the wood into place.

We also made the switch from off-the-shelf D3 PVA glue to a urea-formaldehyde adhesive which seems to be greatly improving the gluing strength and minimizing springback, though it also comes with some serious health precautions. The important thing is having a glue with a long open time (>30 min.) based on our current gluing and clamping method, which takes ages. PVA has a very short open time. UF glue has an open time of between 30-40 minutes and cures to glass, though it has become almost impossible to source due to its health risks. The alternative is some types of polyurethane glue which have similarly long open times, though PU tends to expand while curing, is a stickier mess to work with, and has a more elastic bond which may mean more springback in thinner pieces. From what I gather, industry typically uses some form of phenol-resorcinol and melamine resins or polyurethane, though that covers a wide range of wood products, not just curved glulams. Perhaps this warrants another post just on glue at some point. 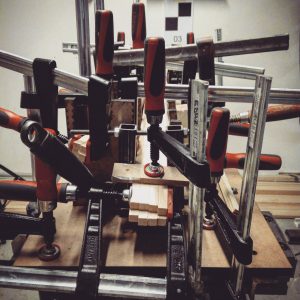 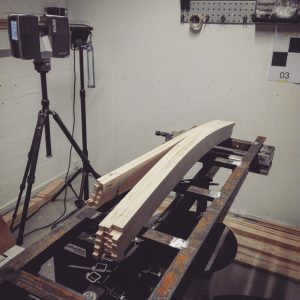 The answer to getting more muscle in the clamping process seems to be in looking at clamps with slim jaws and long screws, in order to put more pressure more evenly over the whole piece. I am shopping around for some longer and sturdier worm gears or similar, as bits of threaded rod only gets us so far, and turning nuts with a spanner over such long travel distances takes ages.

The other – more interesting – possibility is seeing if some of these resisting forces can be harnessed to do some of the clamping for us. Cambered cauls are already used a lot in wood joinery as a way to distribute clamping power evenly across a long span. I’m wondering if perhaps a similar principle could be applied when forming curved glulams. There is a lot of force between lamellas as they are pressed into shape, and the location and magnitude of this force really depends on the kind of curve (or geometry of the whole piece) that is being formed. There may be a way to design molds that strategically use the bending resistance of the wood lamellas to minimize clamping to a few key positions – a sort of partially ‘self-clamping’ mold. This is just speculation at the moment, but it’s some food for thought. 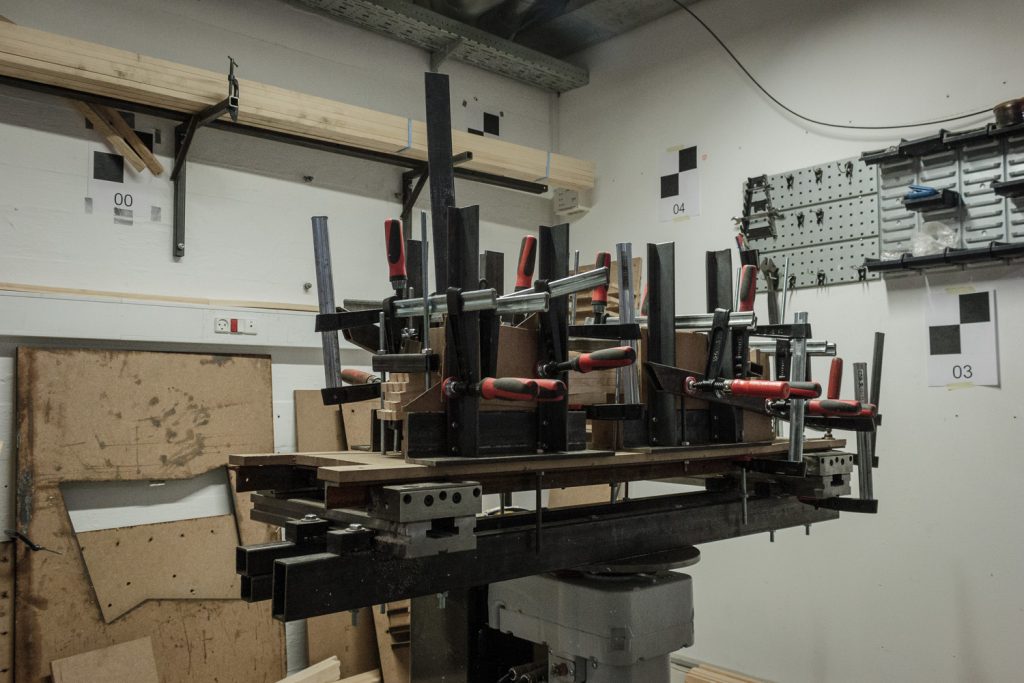 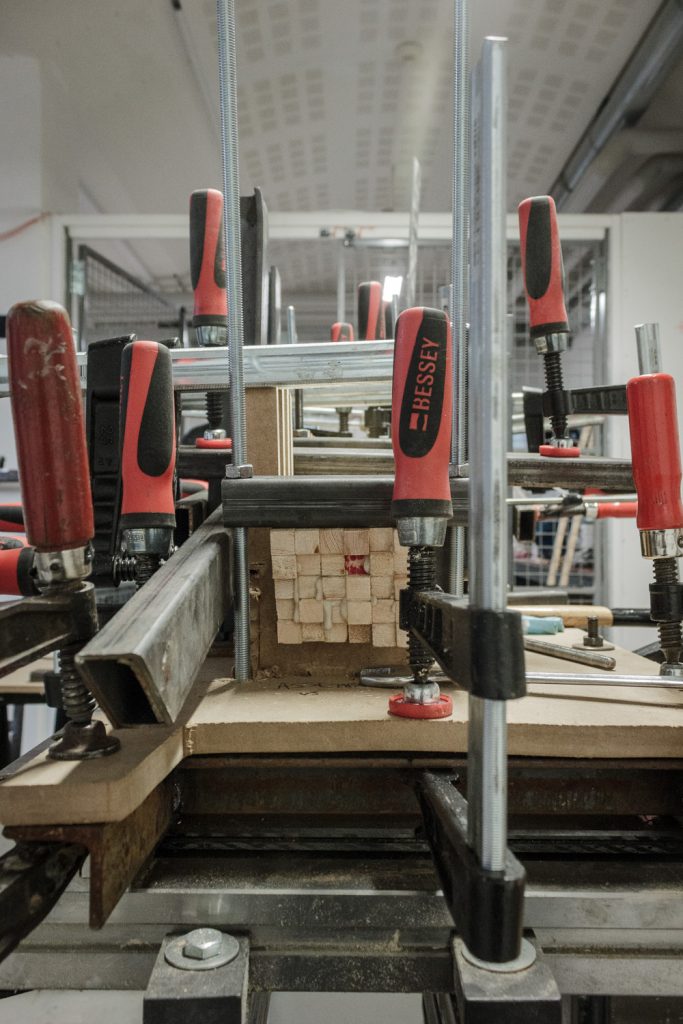 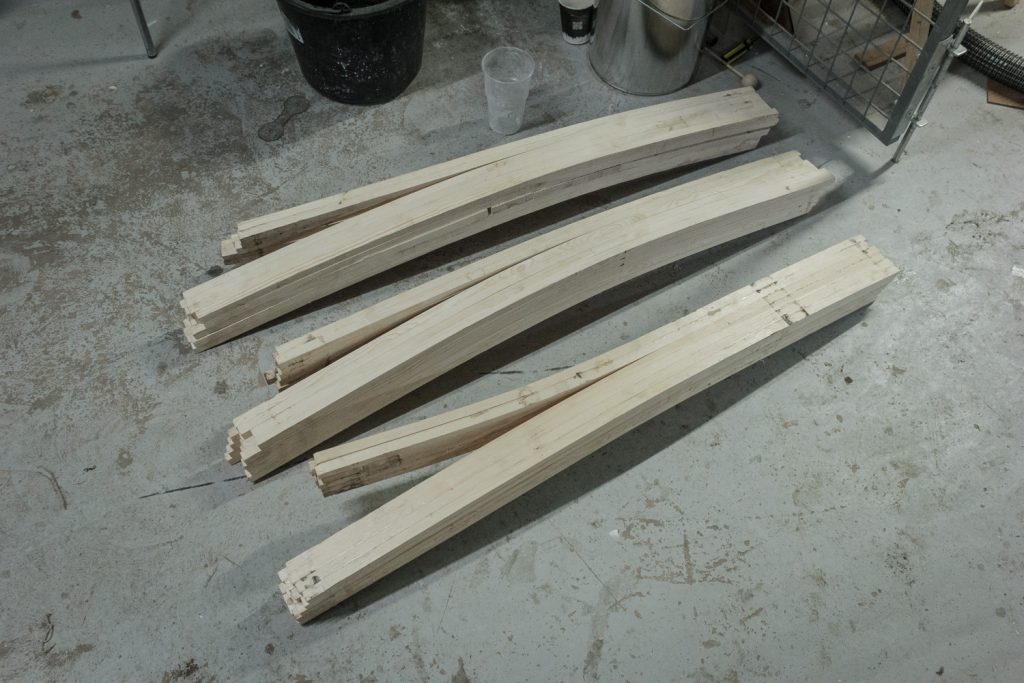 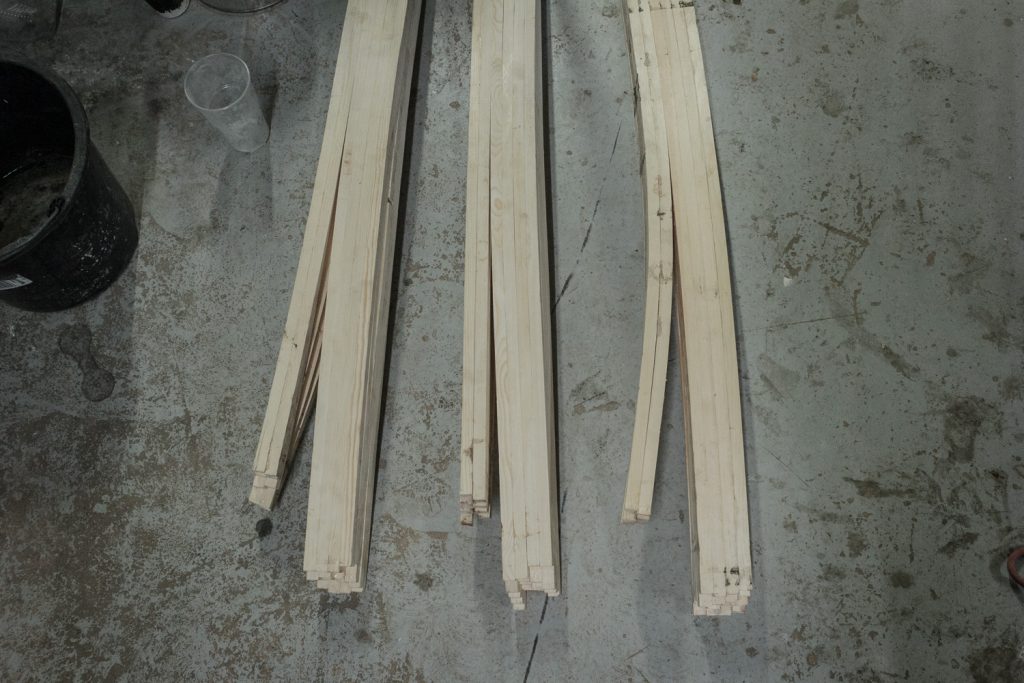 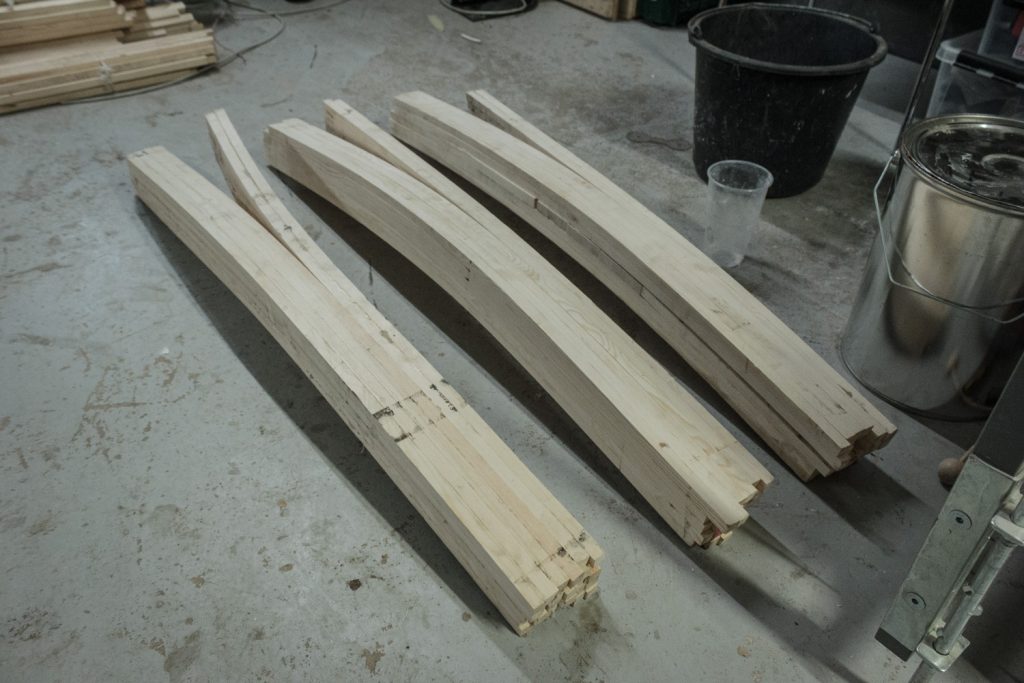