Paul Poinet (ESR06) and I recently collaborated on a competition proposal for the Tallinn Architecture Biennale 2017 folly competition. After a qualifying round and long discussions with the organizers and jury, we placed second in the end. 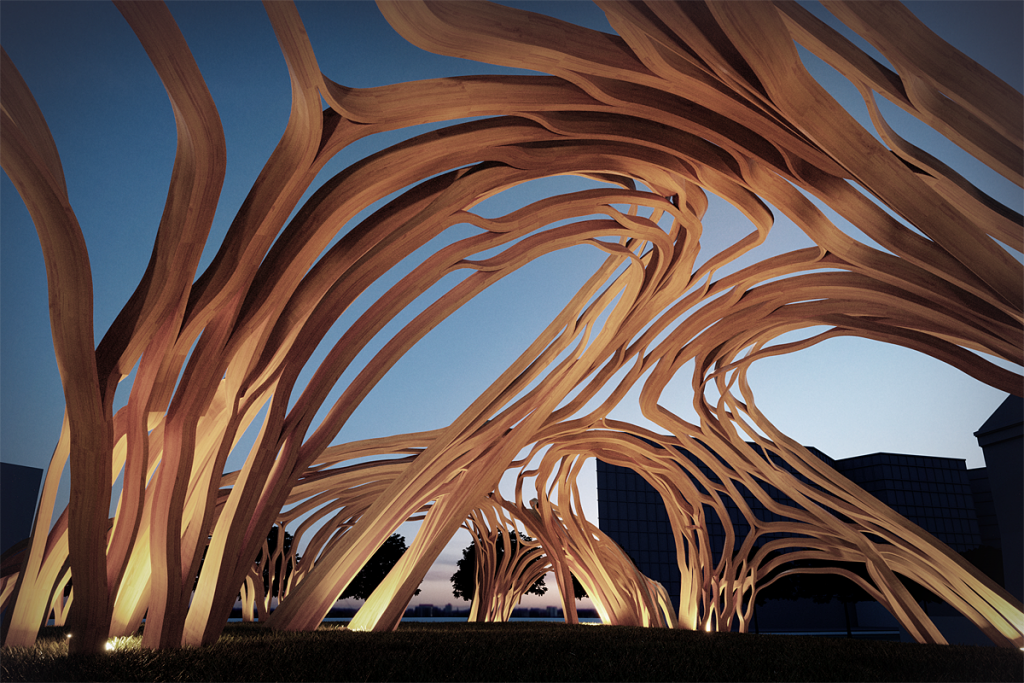 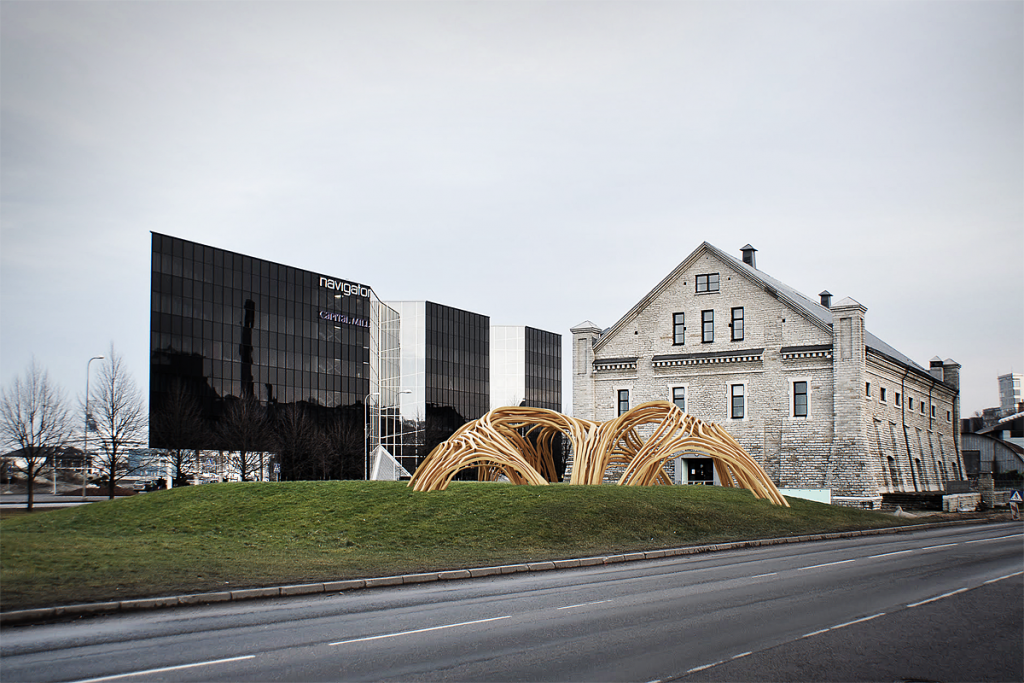 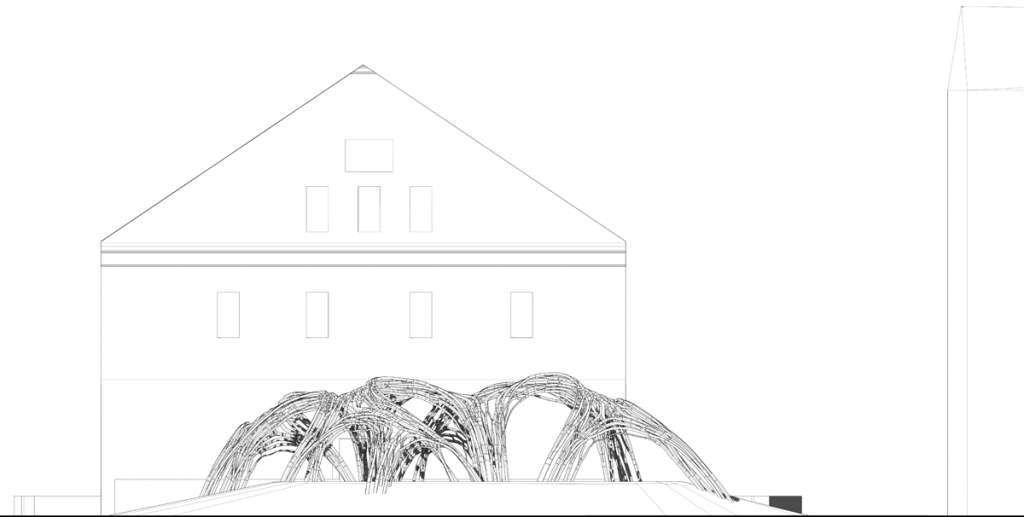 As a test of some of the research and tools that both Paul and I have been developing, it was very successful and highlighted many areas of improvement and possible future development. It allowed us to contextualize the research in terms of design, site, programme, etc. and – quite simply – to act as designers again, something which can be easily forgotten when submerged in a very specific and focused line of inquiry… Being trained architects / designers, something we cannot let slip into the background is the impact this research has on architectural thinking: how is this changing the way we approach and execute a design project, not to mention the fun and playfulness that comes with it.

We got to chat to some interesting people and Estonian timber fabricators too, which hopefully may lead to some collaborations in the future. Anyway, sincere congratulations to Gilles Retsin for snagging first place and we’re looking forward to seeing it in the flesh at the TAB 2017 opening in September! 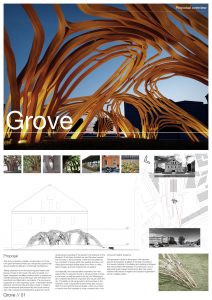 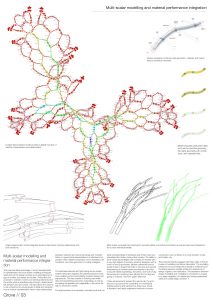 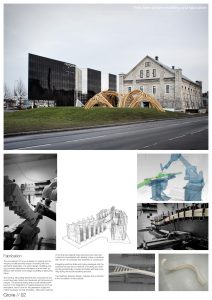 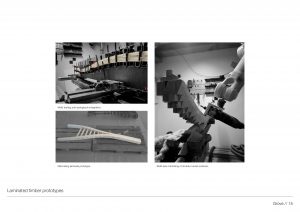 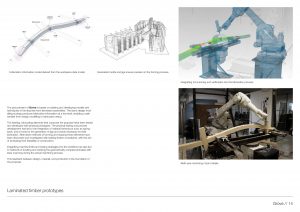 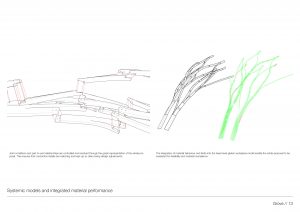 Some text from the proposal:

Grove is a proposal for a pocket of natural space – a safe haven – in the middle of the city of Tallinn. Constructed out of free-form glue-laminated timber elements, the folly twists, winds, and branches into an enveloping canopy that seemingly grows from the site. Merging highly abstract and systemic methods of algorithmic modelling with state-of-the-art timber fabrication technologies, this proposal points towards a new architecture that is rooted in the deep embedding of material behaviours and performance into architectural and urban thinking.

Taking inspiration from the branching and dense interleaving of trees in the forest, this entry is based on an integrated modelling method which combines an overall branching and growth logic with embedded material limits and fabrication constraints. The structure is organized as a self-supprting ‘grove’ of laminated timber elements which bifurcate and interconnect to create a three-dimensional spaceframe-like structural scheme.

Two main contextual considerations guide the clustering and opening of the pavilion: the entrance of the Museum of Estonian Architecture, and the view towards the Old City to the southwest. These are articulated by two ‘pockets’ of space within the vaulting structure, providing semi-enclosed sitting areas from which to relax, take a breath, and look towards the city skyline.

This proposal unfolds in three parts: the experiential and atmospheric qualities of the folly; the fabrication-aware methods of modeling and existing prototypes that demonstrate the feasibility of construction; and a high-level graph-based model which links the overal scheme with issues of logistics and project organization across multiple scales.

The proposal panels and accompanying booklet can be downloaded here and here. 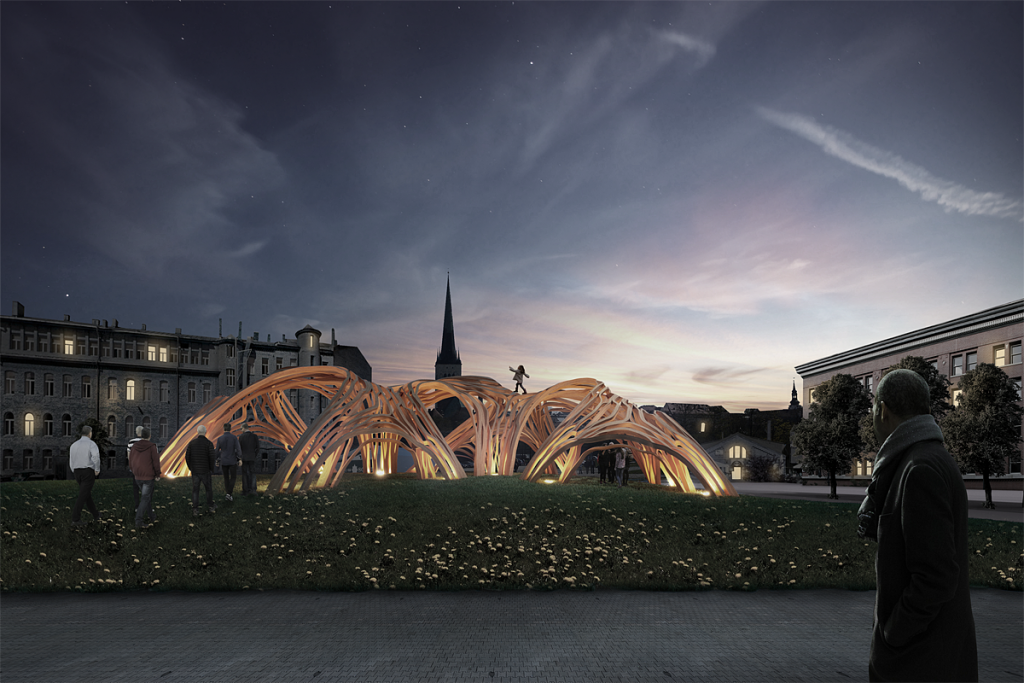