Concrete is the most used material in the world. This simple fact preconditions a countless variety of technologies that branch in all thinkable ways from the very basic concept of casting. Besides an ever extending catalog of mixture compositions based on cement binders, the formwork itself is constantly being altered to better fit its application in every different case. In this circumstances the intended integration of a simulation software in the process of design and fabrication is dependent on the choice of a casting method.

What is the most efficient way to cast the most complex shape?

In attempt to answer this bold question a hybrid casting technology has been proposed. The technology of Prepacked Aggregate Concrete and a number of smart solutions from concrete industry were adopted to assemble an experimental casting method. This hybrid technology named Buried formwork was designed to establish a technological environment suitable for an intensive dialogue between simulation and fabrication. 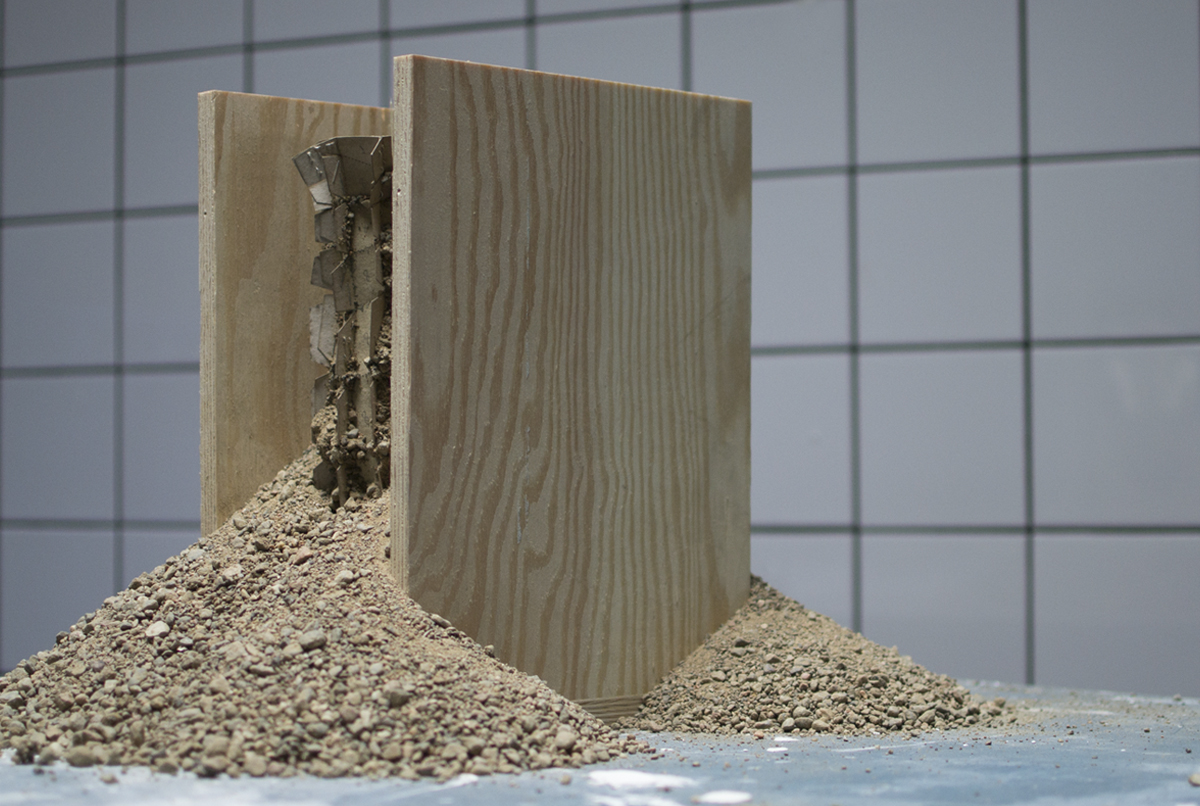 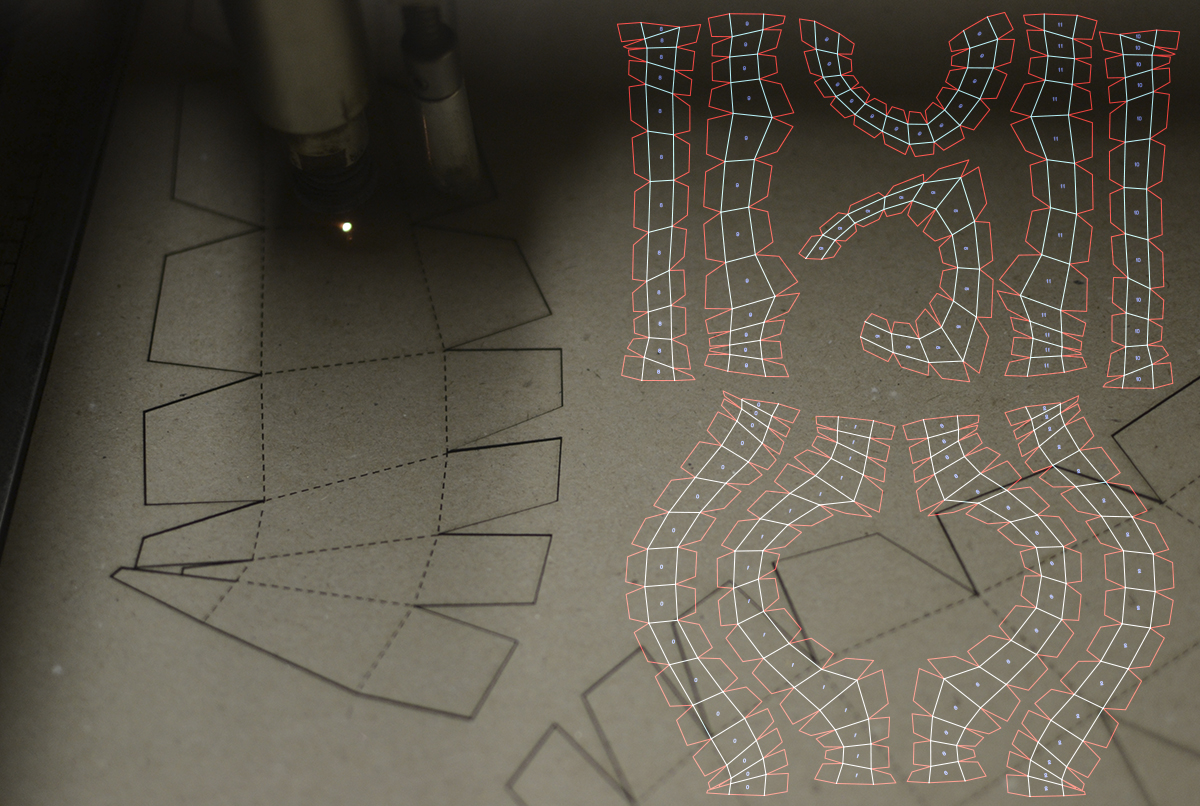 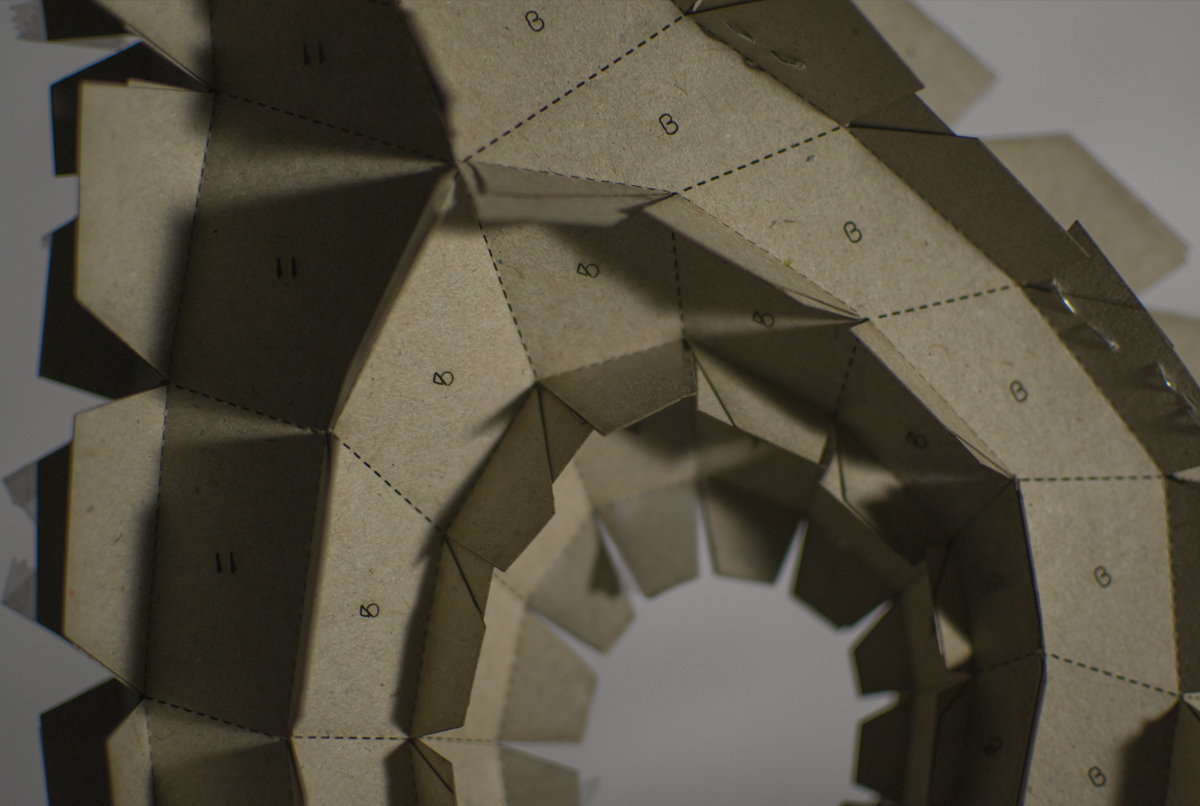 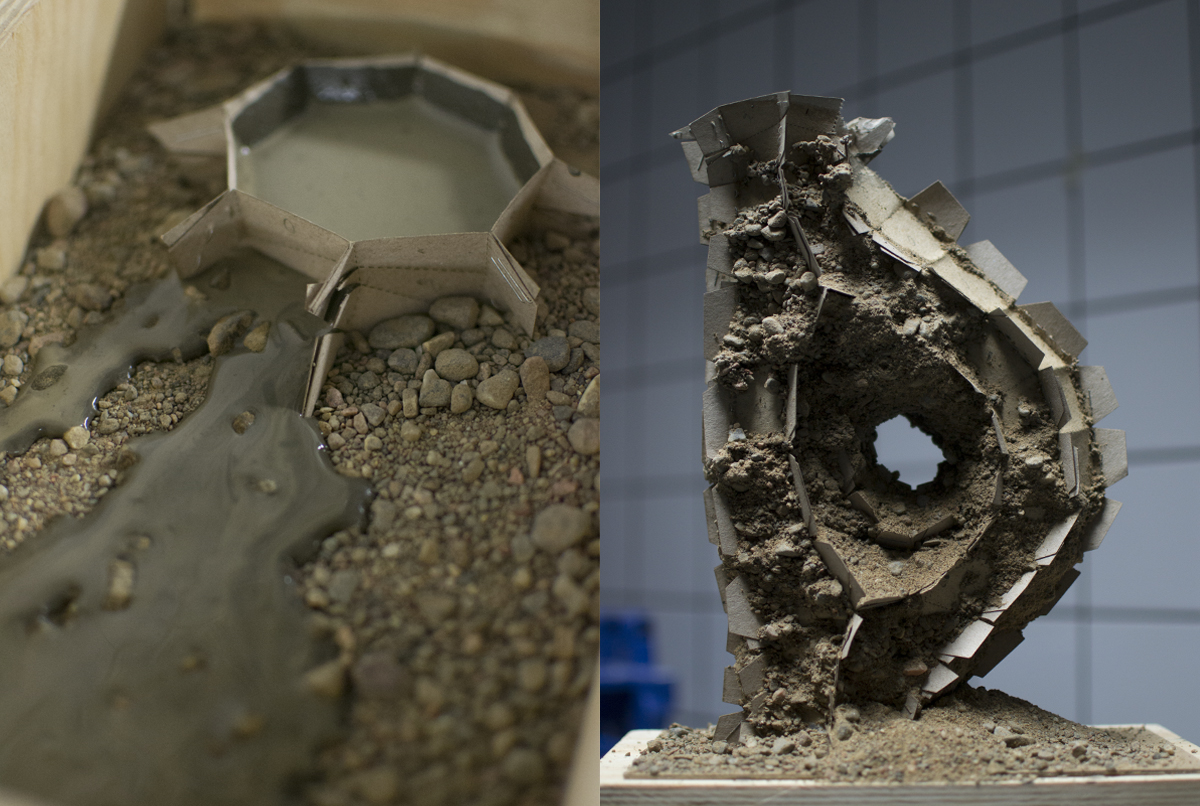 The core of the concept is a folded paper envelope that facilitates the transition an object from state of digital to state of material. In this case simulation is understood as an algorithm that processes a digital model of a double curved surface and provides a set of 2D drawings suitable for laser cutting. This process consists of a series of actions that could be generally defined as an automatized attribution of physical properties to an abstract geometry. Automatized unfolding of a strip of quadrangular facets is a good example of a simulation of material behavior attributed to a digital object.

On the current stage the envelope is put together manually using a simple office staples. Noteworthy feature of the proposed casting method is that instead of building a robust watertight structure it allows to use any unsealed volume of a vulnerable material to cast concrete. When the envelope is filled with dry gravel and buried in fine sand, a fluid cement mortar is injected in the envelop, filling the voids between the grains. Sand placed on the outside of the envelope prevents excessive deformation under a lateral hydraulic pressure. Seepage of the mortar is avoided due to the immediate “coagulation” of the fluid in contact with sand.