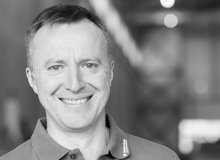 Kai Strehlke joined in 2015 the Lehmann Timber Code AG, where he is working on the interface between digital data and CNC manufacturing of large scale timber structures. In 2015 he was invited by the Technical University Graz in Austria as a Guest Professor at the Institute of Architecture and Media. Between 2005 and 2015 he has built up and led the Department of Digital Technologies at the architectural office Herzog & de Meuron in Basel. He integrated a digital workshop in the office with different CNC technologies and with his team he supported various projects on geometrical issues as well as on parametric design. From 1997 to 2004 he researched and lectured at the chair of CAAD at the Swiss Federal School of Technology in Zurich and submitted his PhD with the theme of “The Digital Ornament in Architecture, its Generation, Production and Application with Computer-Controlled Technologies”.