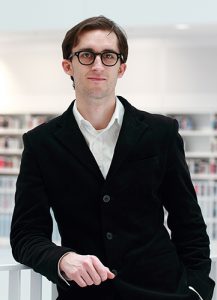 Dr. Julian Lienhard received his Diploma in Civil Engineering at the University of Stuttgart in 2007. In April 2014 he completed his doctorate summa cum laude for his dissertation on ‘bending-active structures’ at the Institute of Building Structures and Structural Design (ITKE). At the ITKE he played an active part in the academic environment between 2007 and 2013, engaging in research and teaching, where he was leading the German ministry funded research project ‘Pliable Surface Structures on the basis of biomimetic principles’ awarded the Techtextil Innovation Prize 2011, the Bionic Award 2012 and the Gips-Schüle-Forschungspreis 2013. Since 2011 he has been a visiting lecturer for the Masters of Engineering Program at the Technical University of Vienna. He is a co-author of the ‘Construction Manual on Polymers and Membranes’. In 2016 Julian Lienhard is a Visiting Professor at HafenCity Universität Hamburg (HCU). In 2008, Julian founded the engineering and design practice for lightweight and special structures studioLD now str.ucture GmbH.